The Doctor’s mobile emitter is stolen from Voyager by an alien trader who then sells it to an overcrowded hospital. While Voyager searches for the trail which will hopefully lead them to their friend The Doctor soon realises that medical care at the facility is not the same as he is used to but is in fact  allocated based on the patients status in society.

The Doctor teams up with Dr Voje (Paul Scherrer) and Dr Dysek (Gregory Itzin) to affect the beginnings of change in the thinking of how patients are treated at the facility. The Doctor is then rescued by Voyager where back on board his own ship he questions if his program was malfunction regarding some of his conduct on the facility. Seven of Nine confirms that his program was operating properly the whole time.

Firstly allow me to say that the choosing of this episode to review was literally random (by dice role) which makes the fact this episode came up first slightly more ironic.

One of the criticism I have of Star Trek Voyager in it’s later seasons was most episodes focused too heavily on certain cast members to the detriment of some of the other cast members. I do categorise The Doctor as someone who perhaps got too many episodes focused on him. However I feel Critical Care is one of the better offerings.

The Doctor being placed in a different medical environment which is so vastly different from the one he is used to was rather interesting. It was quite fascinating to see how he worked, reacted and interacted to the setting he found himself in. With Robert Picardo giving a solid performance in this episode.

I opened my review by saying how ironic this episode being first was and some of you may be thinking why.

We here in Australia recently had a federal (National) election and one of the key elements of the election was the public health system and  that one day the level of treatment a patient receives is based on how much money they have (how much treatment they can afford). In other words their status in society determines the level of care they receive much like the theme of this episode.

Finally for those of you with a keen ear you may hear a familiar voice for the voice of Hospital ship alpha.

Often when an event happens or someone passes away and a year goes by we find ourselves saying “I can’t believe it’s been a year already”. Well this is exactly what is going through my head right now as I write this post. I can hardly believe it has been one year already since we lost this multitalented and creative man & artist.

Despite my very public fandom of Star Trek as a franchise it was not in from this work that I became aware of Mr Nimoy. It was through his voice acting work in the 1986 Transformers The Movie that I first encountered his work. In this title he played the role of Galvatron  the leader of the Decepticons after Megatron is transformed by Unicron. Mr Nimoy also did some voice work for the role of Unicron when  Orson Wells passed away towards the end of production. It was nearly a decade later in the mid 1990’s that I first saw Star Trek & Mr Nimoy’s most famous on screen role Spock. 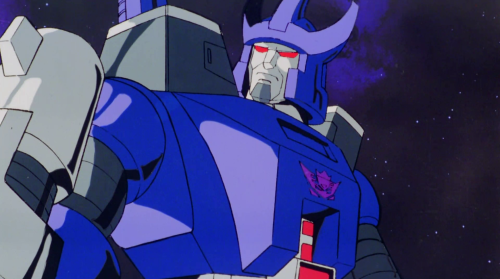 In the role of Spock Mr Nimoy created a character which is very unique and special and is loved all around the world. Spock is a character which a lot of people can identify with because sometimes we have all felt like the outsider or the one who is different. He played a character of two worlds Vulcan and Earth while he elected to follow a Vulcan way of life he sometime felt as though he did not fit into either culture. He was most at home on the Enterprise with his crew.

Mr Nimoy also was a director. He directed an episode of TJ Hooker (William Shatner in the title role). He also directed Star Trek 3: The Search for Spock, Star Trek 4: The Voyage home and Three Men and a Baby to name just a few.

Mr Nimoy would also make a return to the Transformers franchise in the 2011 Michael Bay film Transformers: Dark of the Moon where he provided voice talents for the character of  Sentinel Prime

Among his other interests he was a photographer. One story I have read was Tom Hanks & Leonard Nimoy had attended an event together when they were approached by a fan in the carpark who wanted to have his photo taken with Tom Hanks. When the question was asked who would take the photo the fan said ” Mr Nimoy you are a wonderful photographer would you please take our picture”.

Leonard Nimoy left with world with such a wonderful legacy of talent which I have no doubt span many more decades. I for one am very honoured to have been alive to see his some of his work as he created it. Thank you Mr Nimoy for what you gave the world. You are a legend for all of time. 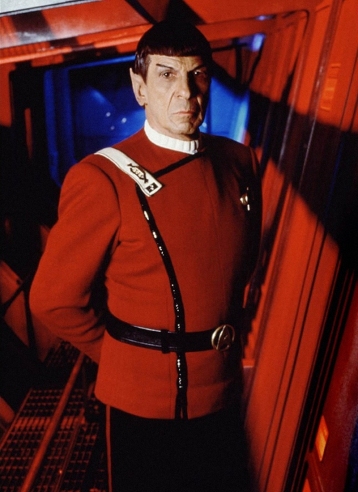 On January 3rd 1993 the third Star Trek television series premiered entitled Deep Space Nine, it was to boldly go well sort of nowhere really as this trek series was set on an old Cardassian space station that was abandonded when they left Bajor. The Bajorian government asked for Federation assistance to help run the station.

With a principal cast of 8 Deep Space Nine when it started DS9 was one of the largest main casts of a television Star Trek series. One of the biggest advantages that the show had was because it was based in one location it was able to have a much larger supporting cast which grew over the show’s seven year run. 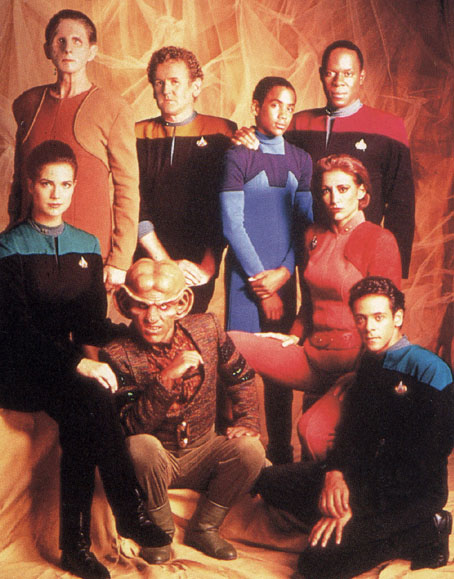 The series suffered somewhat from being the “middle child” of Star Trek, with The Next Generation finishing it’s seven year run in 1994 and Star Trek: Voyager starting in 1995. Both of these shows somewhat overshadowed Deep Space nine. However to the credit of those running the station based series they kept the show fresh and appealing to episodes.

These changes included bring the character of Worf across to Deep Space Nine after the conclusion of The Next Generation and the continuing building of the Dominion story arc. The only major challenge the series hit later on was the leaving of Terry Farrell at the end of Season 6 and the introduction of Nicole De Boer. This did lead to some storyline being bogged down in the final year of the show as they needed to establish a new main character. 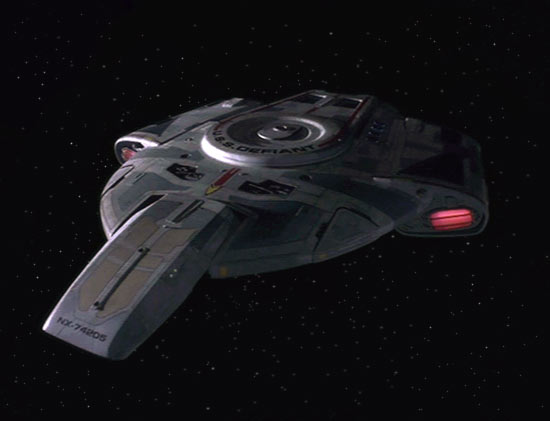 At the start of series 3 the audience is introduced to a new cast member the starship Defiant. Developed as a result of the Borg threat this was unlike and ship the Federation had made before, it was a warship build totally for combat. It gave the series a new lease on life as the crew could go further than they had before and gave the series a whole lot of punch.

Below are my 5 favourite Deep Space Nine episode 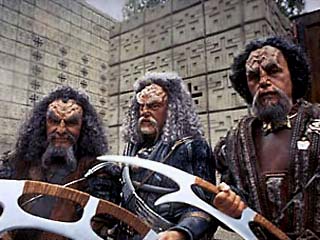 See the return of three classic series Klingons to the station to complete an oath they made with Jadzia Dax. 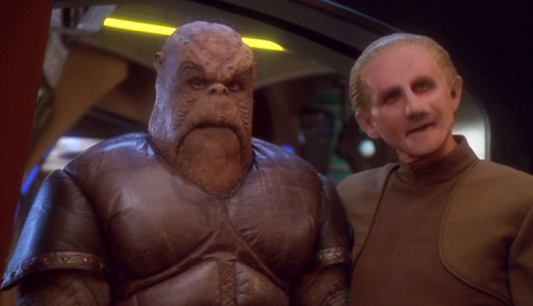 At the death of his most loved patron Quark is left with Morn’s estate. However when Quark tries to claim it all does not go well. 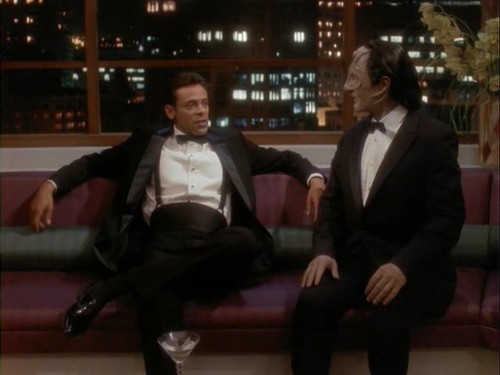 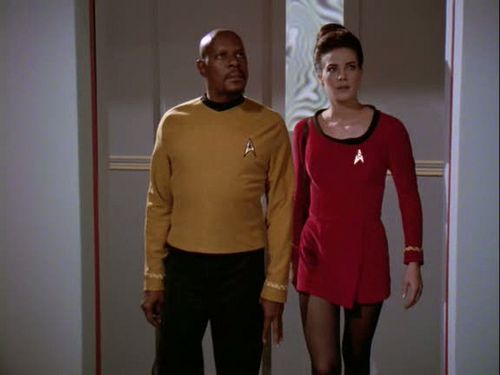 Sisko and crew are sent back in time to the events of a classic episode where they encounter Kirk and crew and lots of furry small creatures. This episode serves as the 30 anniversary episode for DS9. 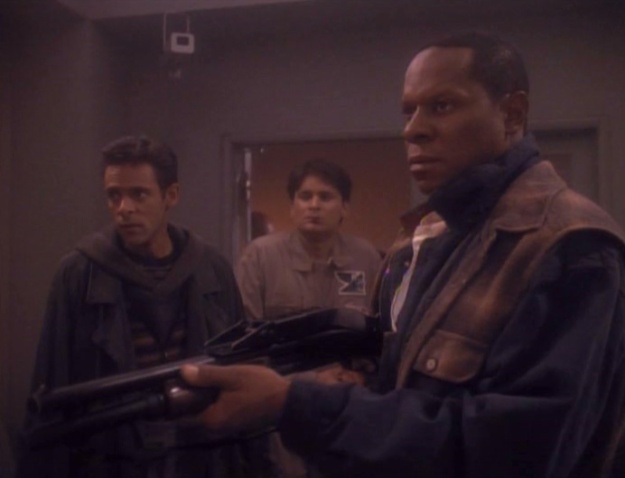 While technically a two parter this story sees Bashir, Dax and Sisko stuck in the past at a pivotal point in history where Sisko must take on the role of a historical figure

Deep Space Nine is certainly worth another watch if you have seen it before and if you have not watched it’s worth sitting down and seeing for the first time. It is a good series with a strong well planned over arching story line and character which you will enjoy watching. 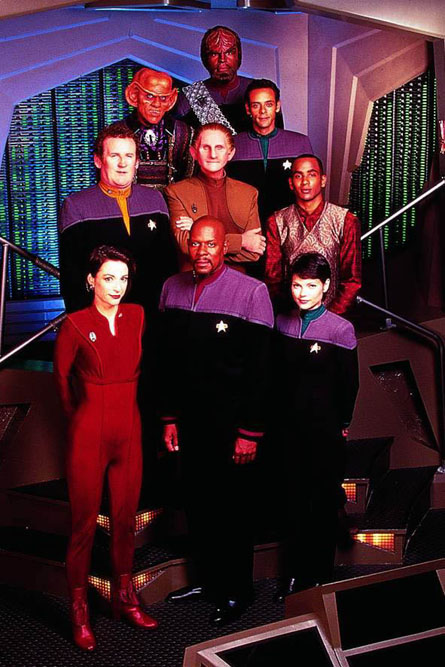 Yesterday news broke that Paramount Pictures & CBS have raised a lawsuit against Axanar Productions. Which is the company behind the crowd funded movie project Star Trek Axanar. Axanar have raised over $1 million in funding from Kickstarter & Indiegogo.

here is the link to a news artical relating to this.

To view the Prelude To Axanar please watch it below.

I am fully opposed to the action being taken by Paramount & CBS regarding this matter.

Firstly Star Trek has always been about the community and the fandom. The fans are what make a show or franchise popular without the fans a series is nothing. Over the years there have been some fantastic fan made Star Trek projects including Of God and Men, Star Trek Phase Two & more recently Star Trek Renegades & Star Trek Continues. In the past fan made films have been permitted by the studios and fans are not discouraged to cosplay and promote Trek Fandom.

Star Trek Axanar have several Star Trek a amuni actors in it. J.G Hertzler (General Martok), Tony Todd (Kurn & Adult Jake Sisko) & Gary Graham reprising his role of Soval from Star Trek Enterprise. Plus on top of these fine actors it also stars Richard Hatch (Battlestar Galactica). So it has an excellent cast and also wants to produce a high quality product for the fans.

Axanars story in the original Star Trek universe (not the JJverse reboot of 2009) and sets it’s events just before and during the year 2245 (when The Enterprise NCC-1701 is launched). This places it before the events of either the first Trek pilot “The Cage” or the main Star Trek original series (set in 2266).

I would pose the question to the reader given the Axanar story is set in the prime universe not the JJverse and despite the box office of Star Trek (2009) and Into Darkness (2013).

Are fans wanting a return to the primary Trek universe? Are Paramount & CBS worried about the popularity of Axanar and it’s potential success when it is fully released? 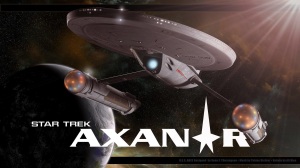 Can I Play Too?

Pirates of the Burley Griffin

A schedule bears the same relationship to reality as Astrology